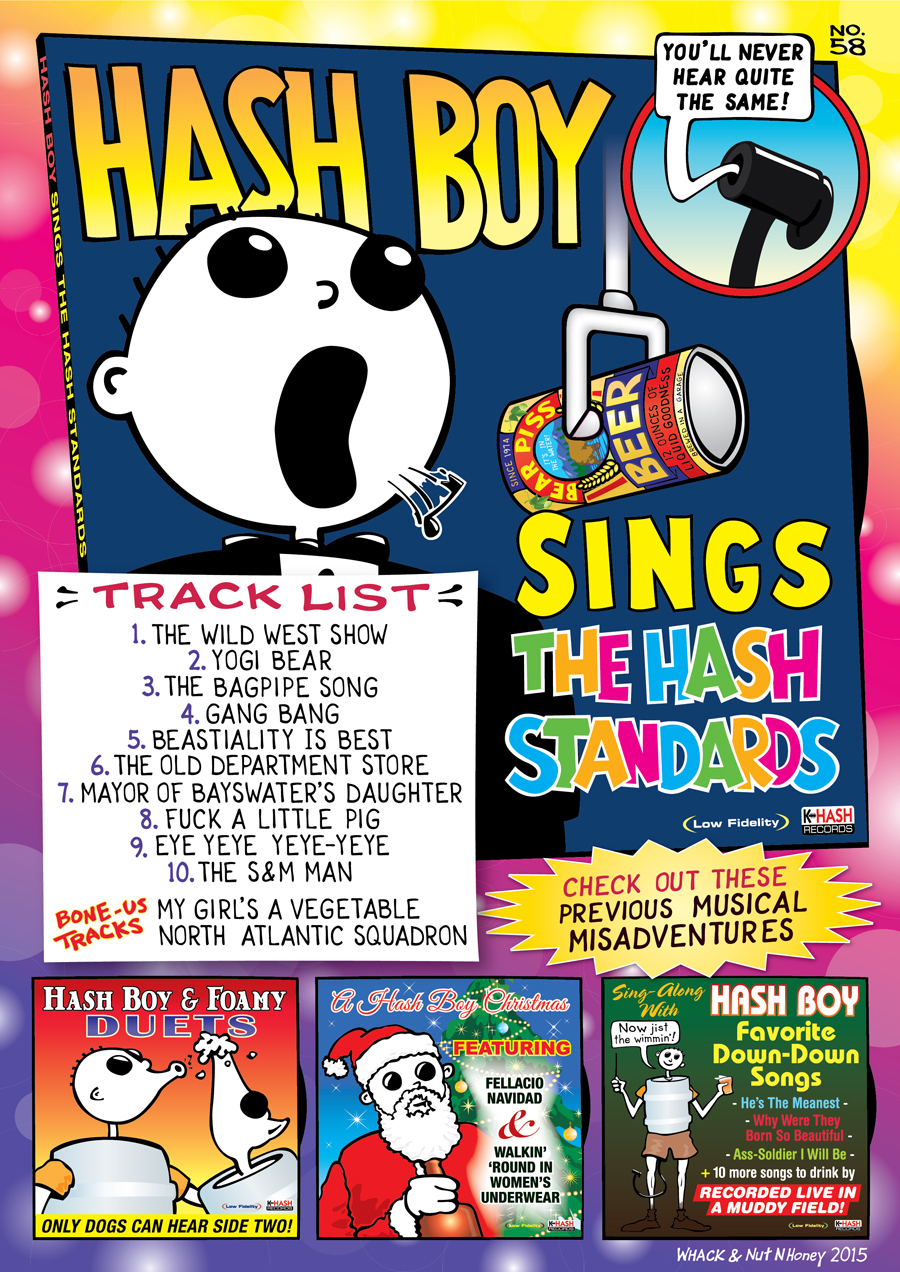 Hashing icon Hash Boy has announced his decision to become a famous recording star.  The hashing celebrity felt that his singing talents should not be limited to singing down-downs in the circle or “Alouetting” some unsuspecting bartender at an ononon.

“I have a gift that must be shared with the world!” exclaimed a sweaty Hash Boy in the middle of down-downs.

A  K-Hash Records promotional music video of the song filmed with 14 cameras during the concert had to be removed from the internet due to the extremely high-volume of site visitors.