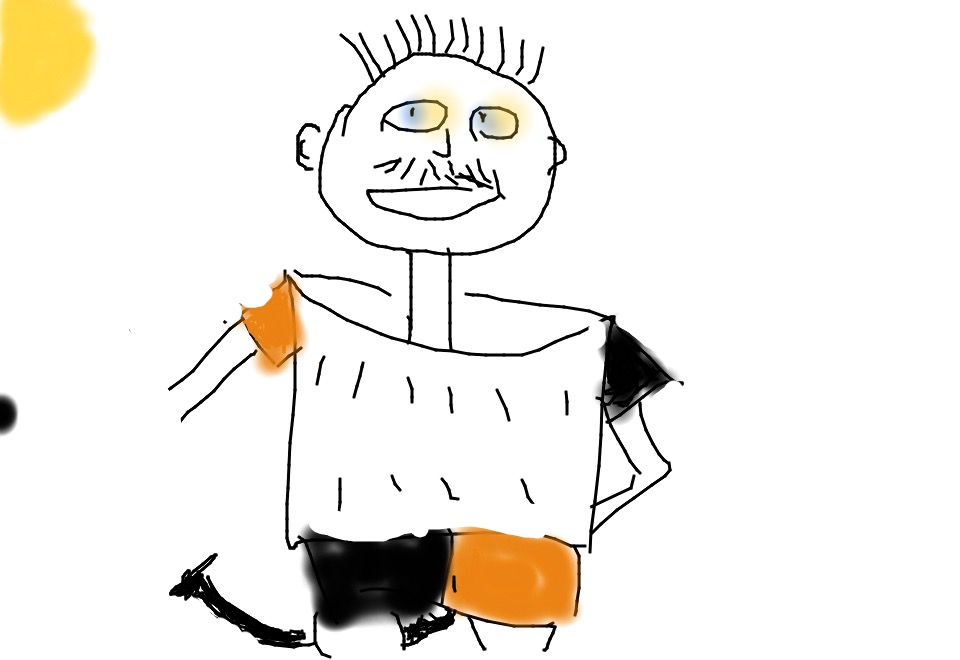 A self-portrait sketch of HASH BOY, titled “Self-Portrait 1996” was released to the public today. The multi-colored hand-drawn art-piece was created by HASH BOY using pen and pencil while standing in a muddy shiggy field prior to late-afternoon down-downs in early summer.

Professional artists and various media critics were smitten with the piece. One famous former art school instructor remarked “His subtle yet powerful command of the complete color palette is quite impressive.”

Another veteran artist commented “What’s the deal with those deeply entrancing eyes? He truly captures the distilled essence of the dichotomous world experienced by today’s enigmatic hasher. Can I have that beer now?”